Last night we decided to try somewhere new, Two Dudes Fresh Seafood in Atlantic Beach. The place is located off of Atlantic Blvd in a strip mall on Seminole Rd. It has a nice beachy vibe to it and was bigger than I expected. Sadly, that is really the only thing it has going for it. The menu is written on the wall (in chalk) so the waitress brought over paper menus so we didn't have to get up and stare at the family seated in front of it.
I decided on the Scallop plate and got them grilled. When they came out they were very dark and looked almost burnt (the picture looks darker than they actually were). I have never had grilled scallops before, so maybe they are supposed to look like that.Well I took a bite and immediately tasted the burnt taste. To be fair, only a few of them tasted this way, but when you only have 8 to begin with, it's an issue. I was very disappointed because the ones that were not done as much, were actually pretty tasty.
For my side item I got the Battered French Fries. These were very good! They weren't completely covered in batter, but there was enough on there to make it taste good. I also ordered some ranch for my fries, because what is a fry without ranch, really? I was sad to find that the ranch was really bad. I don't know what kind they use, but it was gross. I consider myself a ranch aficionado, so you can take my word on it. 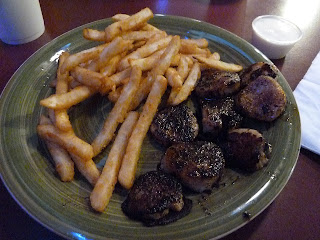 Ivan ended up getting the special for the night, which was Mayport Shrimp, Filet of Fish, a Crabcake, and one side for $14.99. He actually let me try it without biting my hand off so I can actually critique it for you guys. He got his shrimp grilled and his fish fried. The shrimp were seasoned nicely and had a good taste. The fish was battered and flaky. I'm not sure what kind of fish it was, but it didn't have an overpowering taste. The crabcake is where it went off the rails. It wasn't really a crab cake, it was more of a patty and I will refer to it as such for the remainder of this post. Very strange. I think it might have worked as a burger, but the crab patty wasn't doing it for either of us. The outside of the crab patty was hard like they put it in a pan and kept turning it (like a burger.) 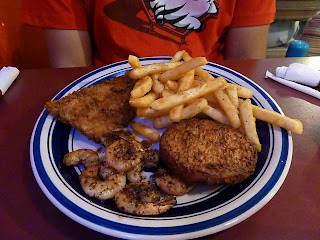 I have heard good things about the Beach Buns, so we decided to get some to go. The flavors for the day were raspberry, chocolate, and caramel. I was anxious to try them and dug in as soon as we got home. They were just so-so. They tasted kind of like a donut, but not as good. The chocolate was the best out of the three (which I'm sure you could have guessed) but even that was not great. The caramel did not taste like caramel. Ivan said it tasted like syrup and I think he is right. I didn't try the raspberry, but Ivan was not impressed. I don't know how the other desserts are, but this one was a bust. 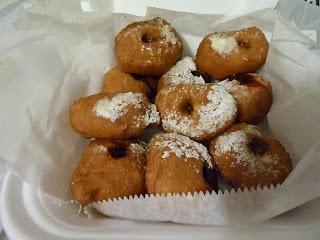 Overall, I felt like my wallet had been molested. Our bill was over $40 without the tip! I thought the amount of food for the price was really off. When we left, I was still hungry. Ivan's meal was only a dollar more than mine, and he got 3 times more food than me. I saw a huge problem with this. The entire way home we were complaining about it and thinking about all of the places we could have went instead (that would have been way better.) So consider this a warning, go there at your own risk!!
Since they don't have the prices on their website, here is the menu: 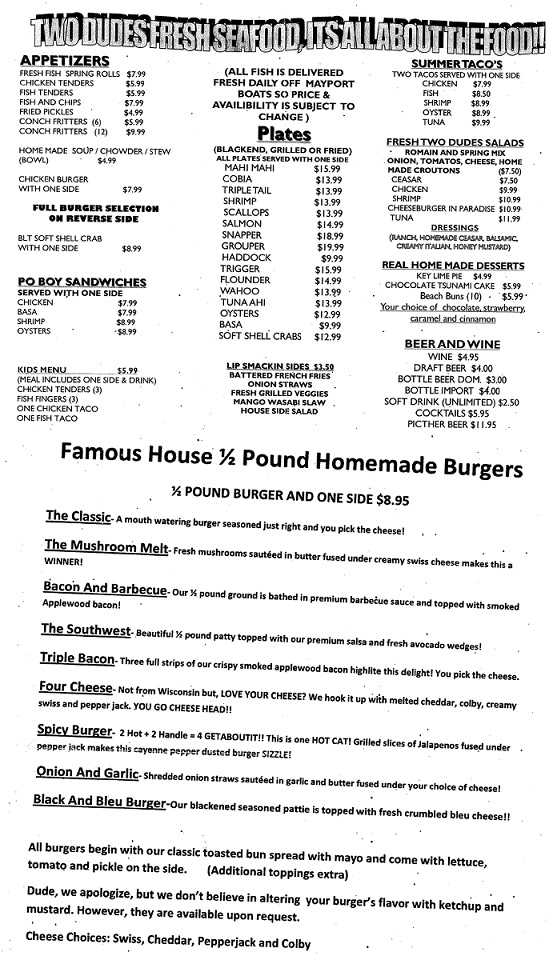