I have been given the awesome task of attending the Jacksonville Sharks games so I can tell you all about it! If you have never been to a Sharks game before, you really should go at least once to see what it’s all about. I attended the home opener on Monday against the Orlando Predators. They are one of our biggest rivals, so you know that it’s going to be a great game even before you get there. Each game has a designated theme, and Monday’s theme was Redneck Night. Yes, it was as spectacular as you can imagine! There were people with overalls, camouflage, and a few mullets. Even the mascot Chum had an outfit on at one point! 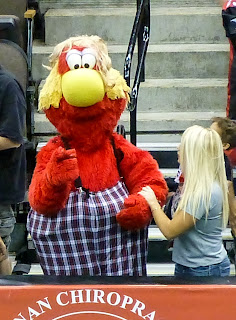 We had a little bit of a snafu with getting the tickets, so I missed the beginning of the game. I also had a little bit of an issue with getting my horn into the game. I was told that I wasn't allowed to bring it in and needed to throw it away. I was a little upset since I actually bought it at a Sharks game, so I'm not too sure what was going on there.
Once I got in and got to my seats, I immediately started enjoying myself. The game was very exciting and there was a lot of action. One of the things I love about arena football is how they tackle. If you catch the ball by the wall, you are getting slammed into it! I am one of those girls who likes a lot of action. Just look how close the fans are to the game. 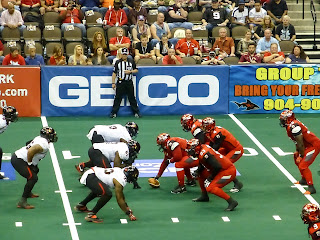 Here are the Sharks Attack Dance team during halftime 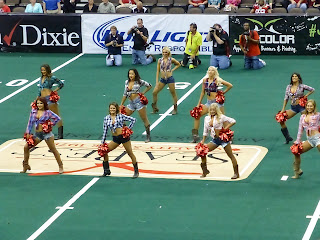 This inflatable shark is the best! He flies around above the fans during the game. 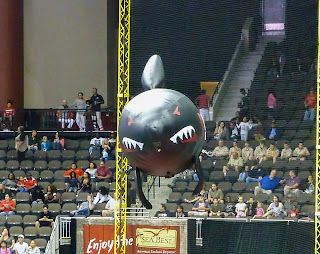 If you want to get in on the action, they are running awesome promos this year. The next game 4/23 has a deal on family four packs! While the tickets are located in the red section of the seating chart, the tickets can be upgraded to the green section. 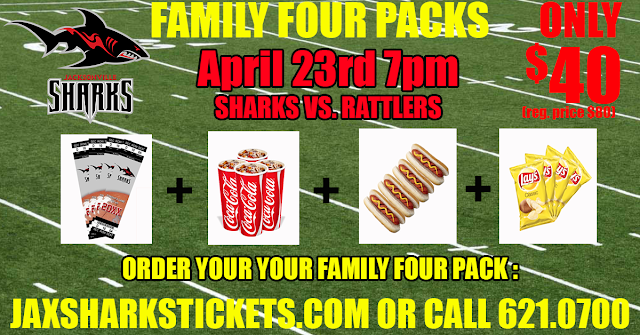 This Saturday's theme is British Invasion, so it should be interesting to say the least!