Last week I was invited out to Lola's Burrito & Burger Joint to check out their Taco Tuesday festivities. Lola’s has been in Jacksonville for a few years now, and they are a local favorite. From their funky décor to their menu items, they stand out in the area. My husband and I went in for lunch on one of my rare weekdays off of work. We walked in and noticed that the place was packed. We were seated and ordered our drinks. They arrived fairly quickly so we went ahead and put in an appetizer to share. I wanted to get something different that neither one of us has had before, so we settled on the Yucca Fries. They came with Chorizo, black olives, white jalapeño cheese sauce topped with fresh cilantro and a side of chopped jalapeños. The order was huge! It was easily an entrée portion and we did our best to put a dent in them. We were both very pleased with this appetizer. The chorizo and jalapenos are what made the dish special. Plus, where can you get yucca let alone yucca fries? Not many places in Jax. 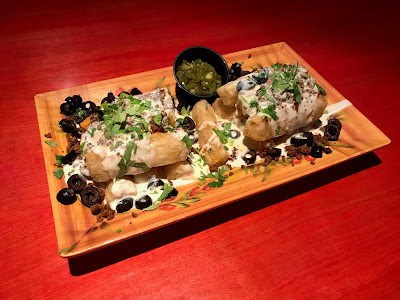 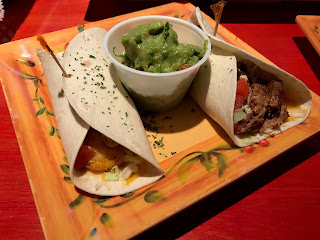 One of the Taco Tuesday specials at Lola’s is $1 off all tacos (not including the specialty tacos). I went with the Fish taco and the Carnitas taco. The carnitas taco was my favorite. The meat was super tender and the flavor was outstanding. Both tacos were dressed with cabbage, tomatoes, and cheese, then each one had a specific ingredient (chipotle tarter for the fish and mojo lime aioli for the carnitas). I also ordered a side of chips and guacamole, and I’m happy to say that their guac is amazing. 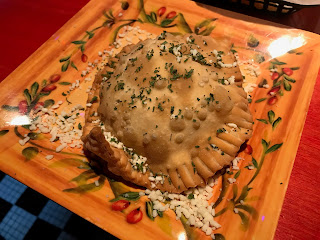 We also wanted to get an empanada, but we had no idea it was Hulk sized. This thing was like the king of all empanadas. It was stuffed with chorizo and the size of my head. I was only able to eat a few bites but I loved it. The chorizo had a slight kick to it and wasn’t overly greasy like some chorizo can be.

My husband got the Chooie's Chimmy. He was expecting a normal sized burrito and was excited to see that it was also huge. We definitely ordered too much food, but that’s nothing new. His burrito had grilled steak, black beans, Lola’s rice, cheese, cabbage, diced tomatoes, and creamy Chimichurri sauce inside and came with a side of chips. 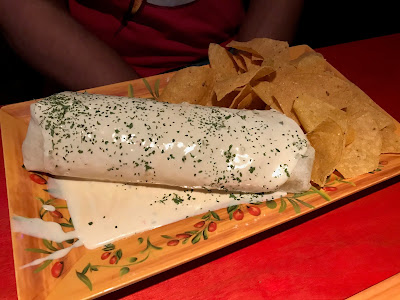 Verdict: Liked It
Lola’s is a great place to go if you are in Riverside and get a hankering for Mexican food. While it’s not traditional, it is still fantastic and the menu is very large. Since we were in for lunch we missed out on the evening Taco Tuesday special, which was some pretty awesome drink specials including  deals on margaritas. We will definitely be back in for that.

*I was given a free meal in exchange for an honest review. All thoughts and opinions on this blog post are based on my experience only. A comped meal did not obligate me to write a positive review.