I have heard so much about TacoLu, so we decided to go check it out. We got there right after they opened and they were already filling up. Even though there were plenty of seats, we got seated at the table right in front of the door. I didn't like that too much, but I decided to try and focus on the yummy chips and salsa that got placed on our table. 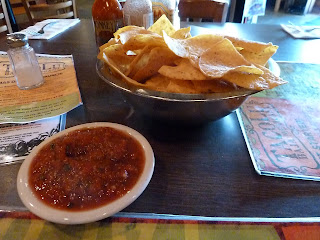 I decided on the Bangin Dilla for my entree. When it came, I was a little surprised with how bare the plate was. All that was on there was the quesadilla. No lettuce or sour cream.  I soon found out that this would be an issue because the quesadilla was really dry. I am pretty sure that the bangin shrimp taco would be good, but the quesadilla was a bust for me. 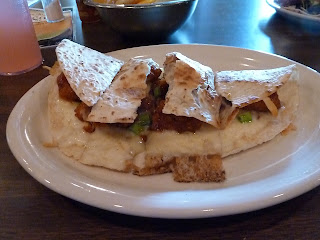 Ivan got 3 tacos: Carnita, Brisket, and Bangin Shrimp Taco. Like I suspected, the bangin shrimp taco was much better than the quesadilla. The others were good and had nice flavors. 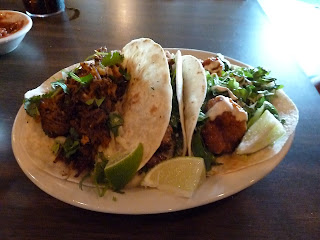 Overall, TacoLu is good, but I don't know what all the hype is about. We have been back and got the Stacked Enchiladas. Those were also OK, but not spectacular either. Part of the problem is that the prices are too high. Since everyone else doesn't seem to mind, I would recommend giving it a shot to decide for yourself.