I attended the Folio Weekly Bite Club “Eat Dessert First” event last night. I knew the event was going to be great because it was all desserts. You can't get much better than that! The event was held at the Valencia condominiums near JTB and A1A. I have never heard of Valencia before, but the condos have certainly made an impression on me. They were absolutely gorgeous and I would love to live there. Unfortunately, I already have a house and I am way over the pet limit, so I will have to stay where I'm at for now :(

The event started with your choice of a complimentary Sweetwater﻿ Festive Ale or Bold Bean Coffee Roasters coffee. I opted for the beer (naturally) and found a new friend in line. She was also there by herself so we decided to hang out together for the night. After our host Caron made a welcome announcement, we started making the rounds. Our first stop was Nippers Beach Grille for some Sangria. I am a little picky about Sangria, but theirs was outstanding. I think it was the addition of cranberry that gave it a really good taste. It didn't have a big wine taste and tasted more of fruit, which I loved! 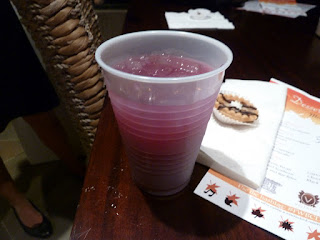 Let Them Eat Cake was out in the pool area. They were offering Pumpkin Cupcakes with Maple Buttercream Frosting, Cheesecake Squares, and Flourless Chocolate Tortes with Spiced Creme Anglaise. I did not try the cheesecake (not a fan), but I did try the other two items. The pumpkin cupcakes were wonderful. I think the maple buttercream is what did it for me. It gave it a hint of sweetness without it being overly rich. The flourless chocolate torte is going to be a little harder to describe. It was very soft (almost like a square of icing) and melted in my mouth. It was like taking a shot of chocolate! Even though the square was small, it had big chocolate flavor and I could see myself using it as a chocolate craving remedy in the near future. 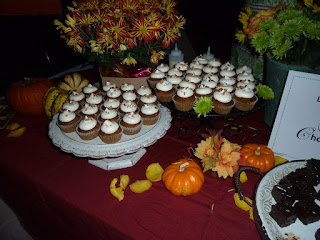 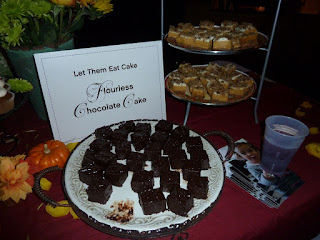 We went around the pool and visited Bruton's Macarons next. The owner was there and told us a little bit about her business. She took a trip to France and realized that there is currently no place here in Jacksonville to get macarons, so she made one! She had two varieties for us to try, Pumpkin and Bailey's Irish Cream. I have never had a macaron before, so I had no idea what to expect. At first I thought it was going to be like a hard cracker/cookie with filling inside, but it turned out to be soft. I tried the pumpkin first. It had a subtle flavor with pumpkin custard filling that was very creamy. The macaron had a really good flavor and was very moist. 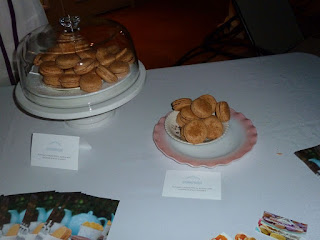 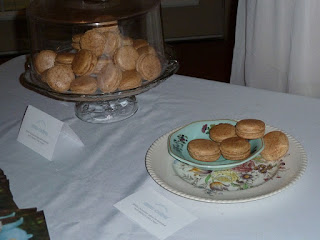 We took a little break at this point and went on a tour of the condos. When we came back, we visited Sweet! by Holly for some cupcakes. 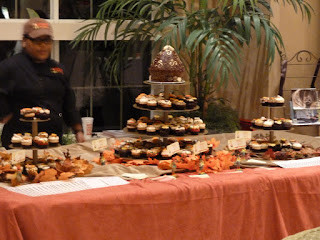 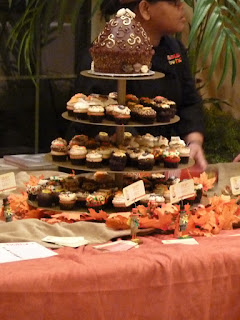 I am already a huge fan, so I used this time to try a cupcake that I have never tried there before. I went with the Pumpkin first. Unlike the previous pumpkin cupcake, this one had a strong pumpkin flavor. The cake was moist and the icing gave it a little bit of sweetness. Very good. 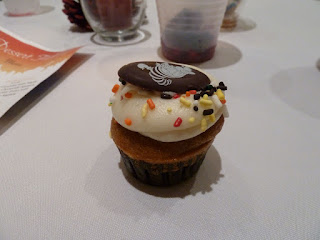 The next cupcake I tried was the Blackout. When I picked it up, I thought it was a Black and Gold (due to the sprinkles), so I was a little sad about that. I wasn't sad for long because I have had the Blackout before and it is one of my favorites. It is a dark chocolate cake and frosting with vermicelli on top. YUM! 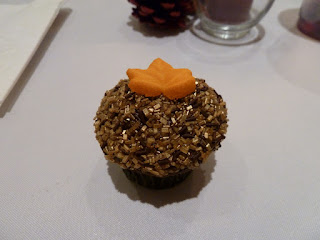 Our next stop was Edgewood Bakery. We got there a little late in the night so our selection was a little limited. I went for the Pecan Pie Tart mainly because it was so cute. It was like a little bite sized pie and was adorable! The taste was very good and I could have eaten many, many more of these! 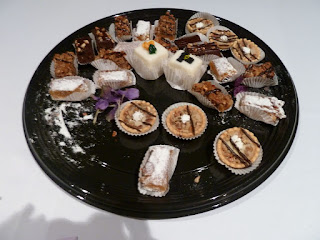 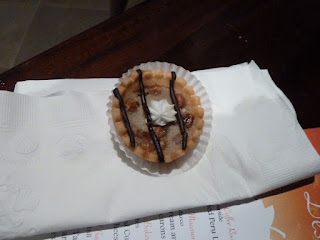 Our last stop was Cinotti's Bakery. They were offering Spice Flavored Cupcakes and Pumpkin Cheesecake. I grabbed a cupcake and dug in. The spice flavor was very strong and the icing was smooth and creamy. There was glitter on the top of the cupcake, so that made it even better because really, who doesn't like glitter?! 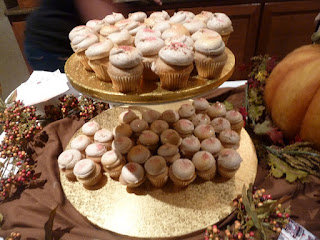 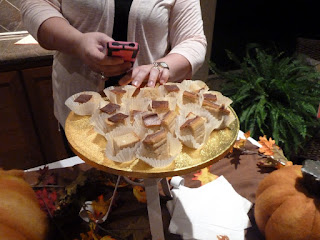 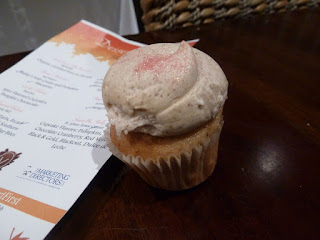 At the end of the night Sweet! by Holly was boxing up their leftover cupcakes for us to take home. Since I am such a good wife, I brought Ivan two cupcakes to make up for me leaving him home!
I had a great time at the event and it was fun trying new things. I am getting brave in my old age!