While planning our trip to Cuba, it was a little difficult to gather information. Either the info was outdated or I had to visit multiple sites to confirm that the answer was correct. Due to this, I wanted to create a blog post with all of the info I was searching for, and share that with y’all! You can find that blog post HERE

I Love Cuba Tours
We mostly relied on TripAdvisor to find lodging and to plan our trip. We were able to research restaurants and find tours with ease. This was a short trip, so we decided on 2 tours while there. The first was a photo tour around Havana/Old Havana. We did this on our first full day in Cuba to give us an idea about where everything was. 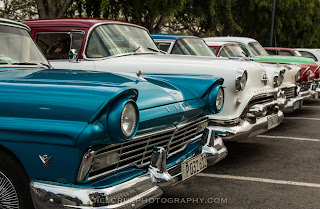 We were picked up at 9am in a classic car, and
headed down to Old Havana. We all got out and started walking down the streets while our tour guide gave us an in depth history on the landmarks. As the tour progressed, we headed away from the tourist area of Havana and into the areas where the locals live. We were shocked to see the difference between the two. In the tourist area the streets were clean, they had beautiful tile street signs set into the buildings, and there was even new construction from the influx of money brought in by tourists. But when we got out of that area, we started to see how Cubans truly live. The streets were flooded and the storm drains were overflowing. The buildings were crumbling; the streets were in desperate need of repair. 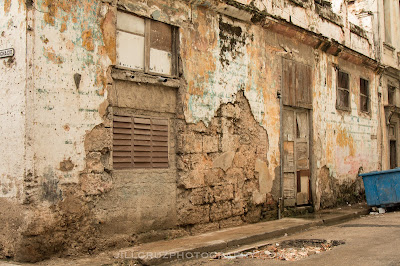 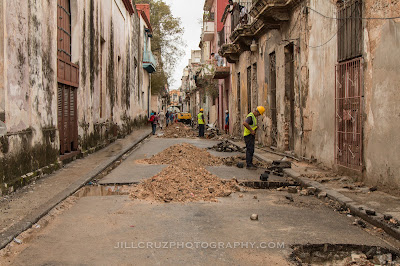 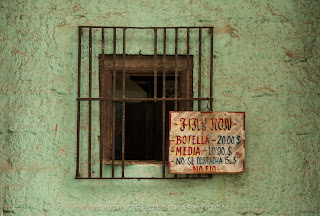 There were a few Cuban people hoping for handouts from the tourists. We passed one lady who said (in Spanish) “they don’t bring us anything. No candy, nothing”. It was absolutely heartbreaking. We passed a few stores, which we were told are for their rations. Cubans get a certain amount of rations from the government. They visit these stores to collect their items by using something similar to a food stamp book. 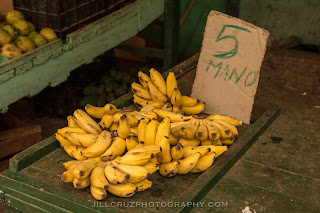 We walked through an open air market, which was very interesting. They had everything from bakery items, to fruits and veggies, to butchers chopping up meat right at the counter. It was so different than anything we are used to here in the US. 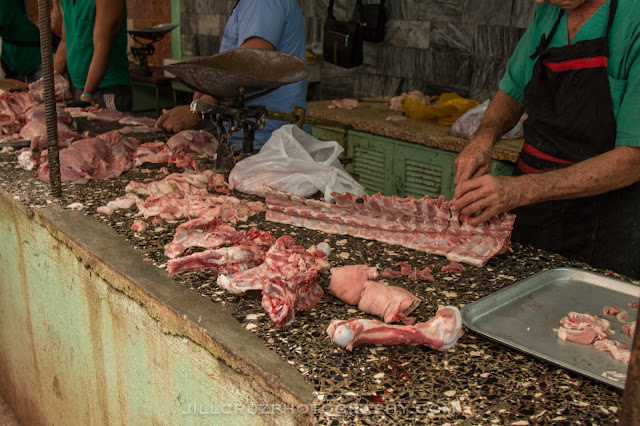 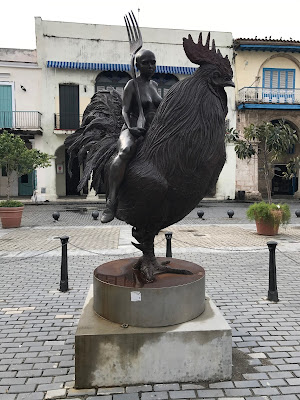 From there we visited the best statue I have seen in my life. It does not have a name but our tour instructor has aptly named it "Statue of woman with a fork, riding a cock". This statue was erected to symbolize women's rights, which immediately endeared it to me. The fork represents women's traditional role as the meal creators, her nakedness represents her bold spirit, and the rooster represents her ability to tame her man! What more can you ask for in a statue?! 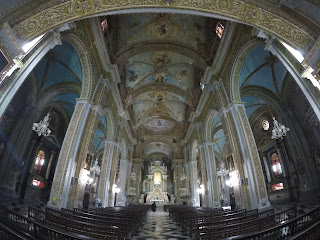 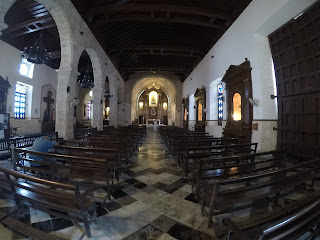 We also had the opportunity to visit some of Cuba’s oldest churches. The first one was not only gorgeous, but there were a few women inside practicing Santeria rituals. We knew very little about this religion, but thankfully our tour guide filled us in. These individuals are chosen and will have a Saint living in their head. Because of this, they are not allowed to be touched by anyone and should have very little contact with anyone outside their families. They go through a week long initiation process including a cleansing ritual in which the initiator's Padrino (godfather) cleanses the head with special herbs and water. Once cleansed, there are four major initiation rituals that the initiator will have to undergo: obtaining the elekes (beaded necklace), receiving Los Guerreros (the Warriors), making Ochá (Saint), and Asiento (ascending the throne). Animal sacrifice is also a common practice with Santeria.


Our photo tour also took us down into a forest area where these rituals are performed by the river. Once again, we were lucky enough to observe a ritual being performed. While no chickens were sacrificed this time, there was evidence of the practice all down the river bank (bones, feathers, etc).
We felt honored to be able to witness this and made sure to give them their space and not take any photos. After they left, we explored around a little bit and checked out the forest. It was lush and beautiful. 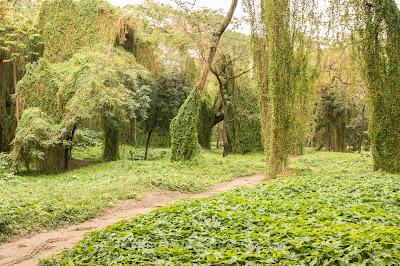 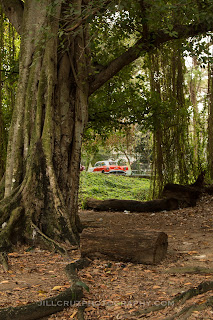 We grabbed lunch then headed to the Plaza de la Revolución. The plaza is well known for being the site of many political rallies in Cuba’s history where Fidel Castro would address the Cuban people. 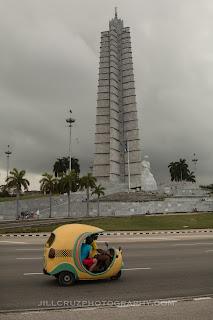 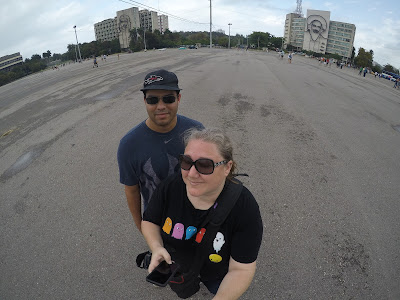 We headed back into town and took one last stroll down the Paseo del Prado. While the Prado has some cracks and holes, it is mostly preserved (from the 1920’s). The intricate designs are lovely to look at and you can always stop to relax on the benches. Most of the Prado is shady from the trees so you aren’t getting baked in the sun. We found ourselves walking up and down a few times just to take in the sights.

We didn’t know too much about the tour going in, but we were shocked with how wonderful it was. We were assuming it would be a few hours and that’s it. Nope. It was a 6 hour tour including lunch. Fabulous. The tour guide was very knowledgeable and friendly, and he took great pride in his home. It was a lot more than a basic tour, it was like we were his friends and he was taking us around to check out his home town. We loved that the tour didn’t just show us the flashy tourist area, but really showed us the “real” Cuba. It was an eye opening experience and we are forever grateful that we were able to experience it. 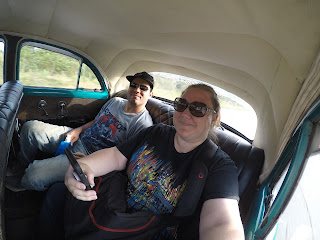 Our second tour was one that I was extremely excited about, a tobacco tour of Viñales. One of the great things about this tour is that they will pick you up and drop you off at your door. We opted for a classic car, which sounds nice in theory but we ended up regretting it once we realized 2 ½ hours in a car (one way!) with no shocks and a bar going through the seat was probably not a great idea. Still, it was so cool to drive through Cuba and take in the sights. We really enjoyed that drive and were glued to the windows the entire time.

Once we got further from Havana and closer toViñales  we started seeing more alternate forms of transportation, mostly horses and buggies. This area of the island is mostly farmland so we also got to see a few farmers plowing their fields using bulls. 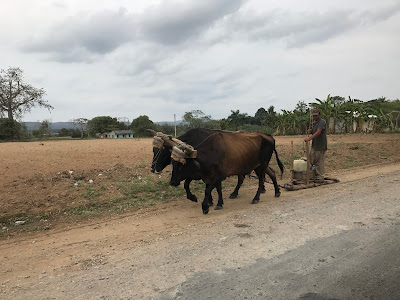 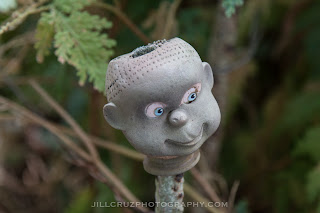 Once we arrived in Viñales we picked up our tour guide Yaniel and headed to our first stop, the factory where tobacco is stored and processed. Everything is done by hand and it was fantastic to watch. Next, we went to the Jardin Botanico de Vinales. We were given a tour of the gardens and were treated to fresh fruit. I am not a fruit person and even I thought it was tasty! There were strange doll heads throughout the garden. I have no idea about the meaning behind them, but they were fun to photograph.

From there we traveled down to the caves and took a boat trip. The instructor pointed out different rock formations and we exited the cave through a large cave opening on the side. We also got to see a representation of the last Indian. He was so goofy and fun. 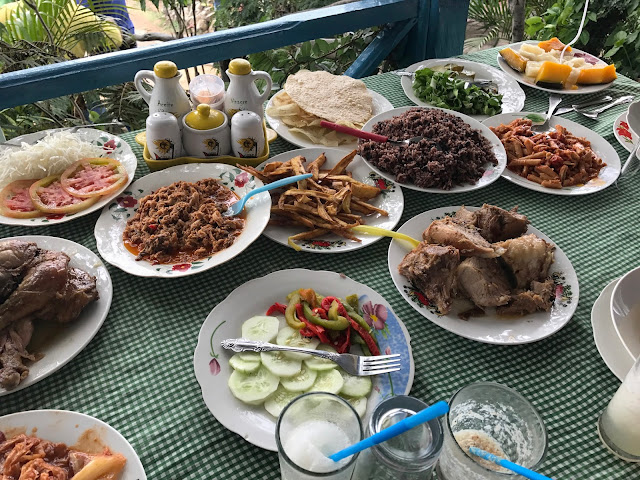 We then headed to Cologico for lunch. This ended up being our favorite meal of the trip! The restaurant is located on a farm on the side of the mountain. All of the produce and livestock were grown on the farm, so everything we ate was the true definition of farm to table. You could really taste the difference in the food. 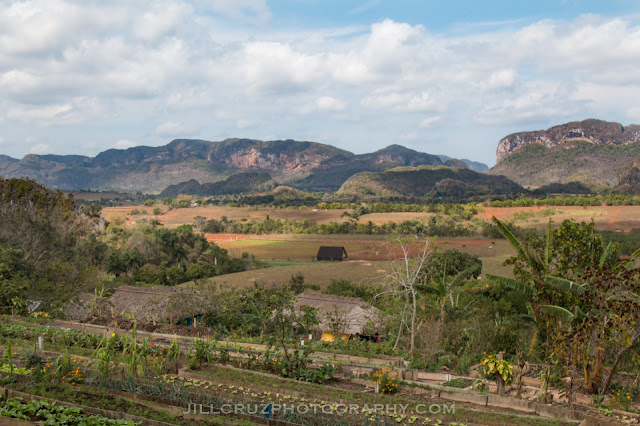 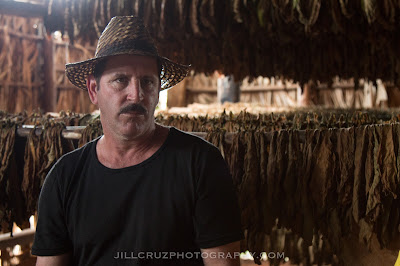 From there we went to an actual tobacco farm and met the farmer. He gave us information about growing tobacco, showed us how to make a cigar, and then we had the opportunity to smoke one of his hand rolled cigars. Everyone else that was there was too shy, but I have the “when in Rome” mentality so I stepped right up and got one. 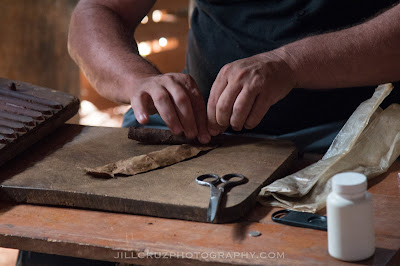 Next, we headed to Viñales Mural de la Prehistoria. This painting on the side of the mountain depicts the evolution of the Cuban people and was commissioned by Fidel Castro himself. They have to repaint every few years as it fades, but as you can imagine this is a very long and tedious process. We were told they have to dab the paint on due to the uneven surface. 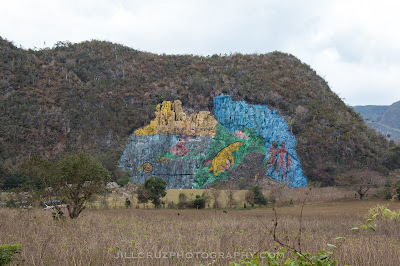 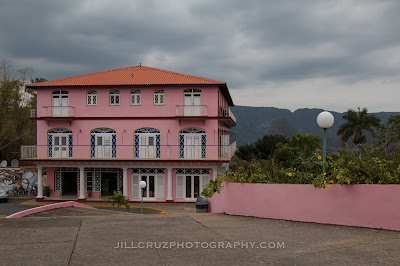 Lastly, we visited the Hotel Los Jazmines which overlooks the spectacular Viñales Valley. This is one of the best views in Viñales and it took our breath away. 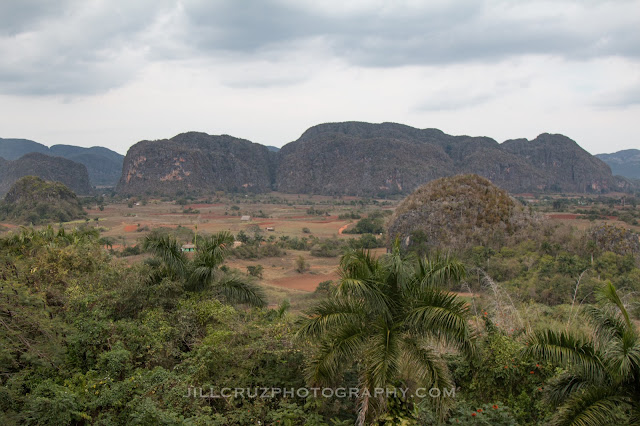 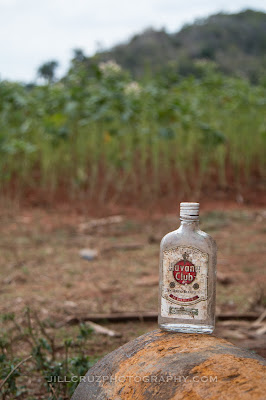 The tour ended up being about 6-7 hours long (10 hours door to door). We were very pleased with the tour and loved every second of it. We made sure to talk to everyone we could and answer any questions they had. We found that Cubans were interested in our political climate and wanted to know more about that. They are very proud of their island and will talk about their history with such pride and appreciation. It was very humbling to see how they live their lives. Our tour guide Yaniel told us that she has only been to Havana once, and that was on a school field trip. They drove all the way there on a rickety bus and the park they were visiting was closed for the day, so they had to drive right back home. Another thing she told us is that the school children are required to work on the tobacco farms to pay for their school cost. They work for a few months and learn the ins and outs of the tobacco industry. In order to be a tobacco farmer you must ask the government for the land. Once acquired, you must produce crops consistently to keep the land. If they stop growing crops for whatever reason, the land can be taken away from you and given to someone else. Once the crops are ready, the government comes in and buys 90%. The other 10% stays with the farmer for them to do as they please. They can make all kinds of things out of it including cigarettes, cigars, perfumes, and even teas. We made sure to buy a bundle of cigars at the farm while we were there. I’m all about supporting the local farmers!
Email Post
Labels: Cuba Cuba Excursions Cuba tours Havana Travel Vinales